VCU Health is creating a better state of health for all Virginians. 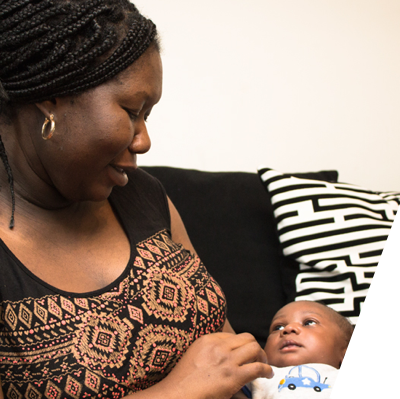 When Anne Panti's file arrived on Virginia Premier Medical Outreach worker Regina Collier's desk, Regina wondered how a young couple that had endured so much heartbreak could hold on to so much hope.

Anne Panti and her husband, Kwadwo, came from Ghana to start a new life in the U.S., settling in Northern Virginia. After eight years of marriage, they were childless. Over those years, Anne had suffered five miscarriages. Two years ago, they moved to Richmond for her husband's new job. Anne became pregnant again -- only to be rushed to VCU Health with a dangerous ectopic pregnancy. Very soon after she recovered from this loss, Anne was pregnant again. But this time was different. After her treatment at VCU Health, she learned she was eligible for Medical Assistance. She applied for benefits and was enrolled in Virgina Premier, where her case was referred to Regina Collier.

When Regina reached out to her new client, she was struck by Anne's wamrth, vibrancy, constant hope -- and unspoken fears. She was determined to help this young woman bring her unborn baby to term. Regina began to call Anne regularly to check in: Was she eating right? Sleeping well? Following doctor's orders? She arranged transportation for every doctor's appointment and then followed up on her medical progress. She drove to Anne's home to personally offer support, guidance, supplies -- and reassurance.

Today, Regina is still in constant contact with Anne, calling, visiting, and bringing supplies and advice as the baby continues to grow and thrive, not just as Anne's Virginia Premier caseworker, but also as her friend. 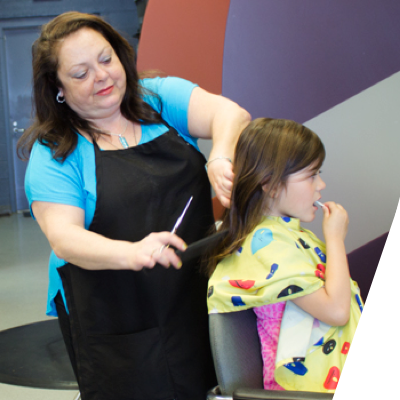 Elizabeth Giavos has the exuberant spark of her Greek heritage, which has kept her lively and positive all her life despite her relentless health issues: back problems, GI and urology issues, high blood pressure, countless allergies, bone fractures. She had melanoma and was diagnosed with lupus … and the list goes on.

The one thing Elizabeth never had was a doctor.

Elizabeth used to visit every ER in the city on a regular basis whenever one or another of her problems reared its head. ERs deal with one crisis at a time. So nobody had any idea that Elizabeth’s health problems were so complicated and debilitating.

Then Elizabeth was referred to our Virginia Coordinated Care (VCC) program, and her health care picture became much clearer – and brighter. We realized she needed numerous medications, an army of specialists to treat all her complex and intermingled problems and, above all, her own doctor.

Today, Elizabeth has a primary care provider – Dr. Baht – who manages all her medical problems and coordinates all her specialty visits and medications.

This means no more expensive ER visits. No more waiting until problems turn into emergencies. And best of all, Elizabeth, a hair stylist for 35 years, can now work steadily and support herself. As she says, “My income is limited. But even if I had a million dollars, I couldn’t buy any better medical care than I get from VCC. It’s all about having a better quality of life now and staying healthy when I get old.” 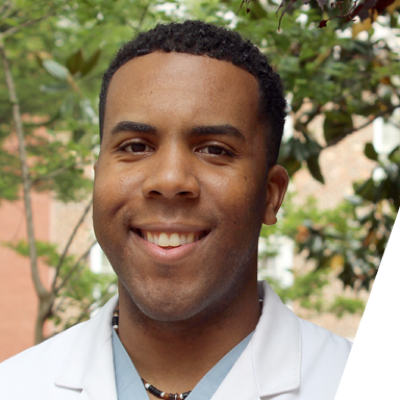 Mentors know how to recognize promise in individuals and channel it into a sense of passion and mission. As they do, they create mentors for a new generation. Meet Dr. Timothy Pierce.

Timothy credits his mother, a registered nurse, for sparking his interest in health care as a career when he was a senior in high school. When he was accepted at VCU, the school’s Health Science Diversity Division enrolled him in VCU Acceleration, an intense, summer-long health science boot camp for incoming freshmen whose school backgrounds may have limited the math and science skills needed for a career in health care. Timothy thrived, graduating with a degree in Interdisciplinary Studies, and decided to pursue a Doctor of Pharmacy degree at VCU Health.

He was not interested in a career behind the counter in a drugstore chain. Through Accelerate, he had discovered the diverse opportunities available for pharmacists. He saw pharmacy less as a profession than as an opportunity to collaborate on a common mission to serve the patients most in need of help. His graduate school mentors saw a leader in the making, and encouraged his sense of mission through hospital rotations, networking and three medical outreach trips to underserved areas.

Dr. Pierce earned his PharmD degree in 2015. Today, he is working as a pharmacist and pursuing his long-term goal of opening clinics in impoverished areas and providing free medical care to those who cannot afford it. He has made it his mission to inspire and mentor others to tackle health disparities in underserved communities. 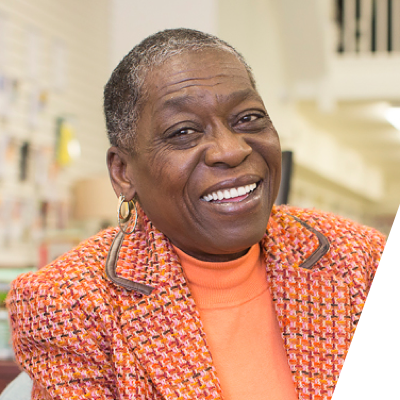 Audrey Carter had endured a horrific five-year battle with throat cancer that left her all but voiceless – but she was determined to speak up. In 2014, she was driving through Lawrenceville when she first saw the VCU Massey Cancer Research and Resource Center of Southern Virginia. Curious, she stopped and spoke haltingly with the staff about her ordeal. “They were so patient and understanding,” she says. The staff explained that the Center helped cancer patients throughout the region, from helping newly diagnosed patients find treatment to providing comprehensive resources for patients and survivors.

Audrey realized that she had something special to bring to the Center: understanding. “Help and support don’t always come from family, doctors or nurses,” she says. “People can say they understand, but unless they have had cancer, they really don’t understand.” Audrey decided to use her broken voice to help others. The Center gave her a “Boogie Board” – an electronic sketch pad – to help her communicate her message of survival, hope and understanding. 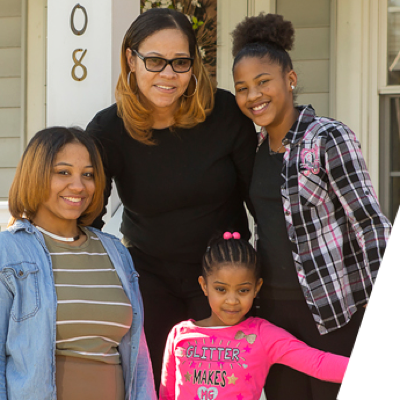 Star’s husband sang “Eenie, Meenie, Miny, Moe” as he aimed the gun at Star and their two little daughters, one after another. Then slowly, slowly, he lowered the gun.

That’s when Star grabbed her daughters and her newborn and ran. But in the cycle of domestic abuse, the abuser decides when the nightmare will end, not you. Star soon realized she had nowhere to go … except back home. When she returned, her husband lavished her with flowers and affection – then knocked her unconscious and shot her in the head.

After a week of intensive care in VCU Health’s trauma center and months of surgery, Star survived. But her emotional recovery took far longer. The emotional and financial support of the Carol Adams Foundation gave her the tools to become a true survivor – and a fighter for other victims of domestic violence. Now, five years later, Star serves as a volunteer with the VCU Health Trauma Survivor Network.